Sometimes providence, chance or whatever happens and we don't know what to call simply, happens. "That", whatever it is, puts us in the right place at the right time, which makes the unique circumstances that will never happen again.

It is not the first time that happens to me, but it never ceases to amaze me and even to some extent scare me.

Today I have been in the town of Alforja, where I was not there for months, maybe one year.

It was not planned, it really passed by. But I have gone, which is the important thing.

Once there, my steps have taken me near the church. Next to it, an old building has caught my attention, it seemed like the rectory.

While I was there, watching, two boys have appeared as operators, have opened the church, have entered and left open. I waited a few seconds and entered after them to take a picture of the interior. I am attracted to churches and "collect" photos of all those I can enter.

When the boys have appeared, we have greeted each other, I have told them that I was taking some pictures and that I was leaving, but not before asking them about the building that had previously called my attention: "No, it is not the rectory, it is an old theater and precisely this afternoon they begin the demolition. We were watching from the church where to put the scaffolding "

Great! At that moment you always have the doubt "May I ask if they let me photograph it? Will you think that I am buzzed to take photos of places like that? If I do not ask, I will regret my whole life but I also don't feel like asking and taking a NO for an answer"

Before I finished thinking about it, the words were coming out of my mouth. "Sure, come, but watch it is downright wrong."

My heart near to explode.

"Do I have enough battery in the camera?"

I have taken the first two photos in the morning.

The rest, in the afternoon.

Sometimes, abandonments have been there for years, waiting for someone to find and photograph them and, suddenly, they become so ephemeral that every second counts. 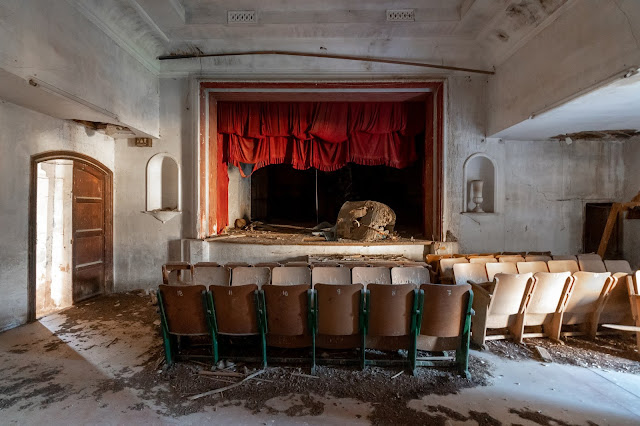 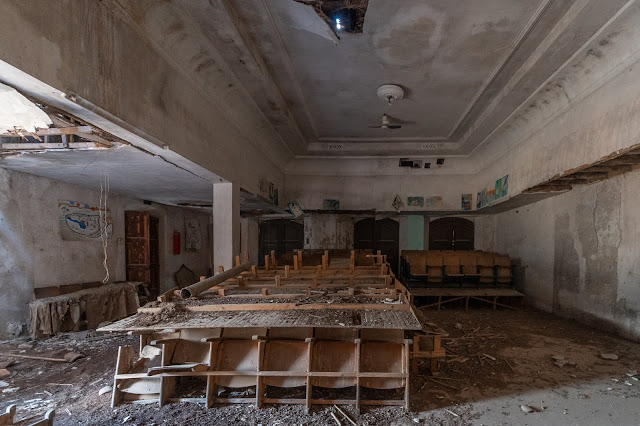 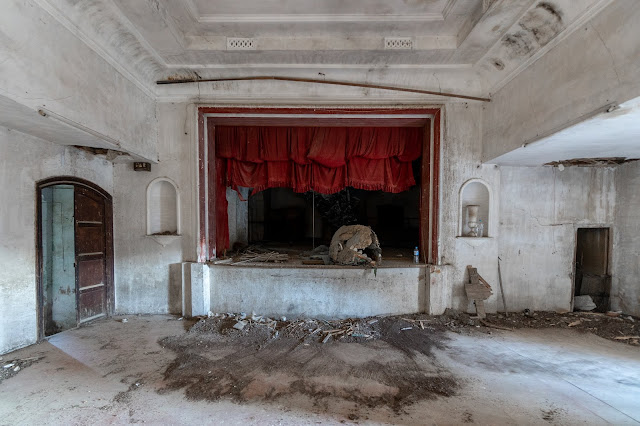 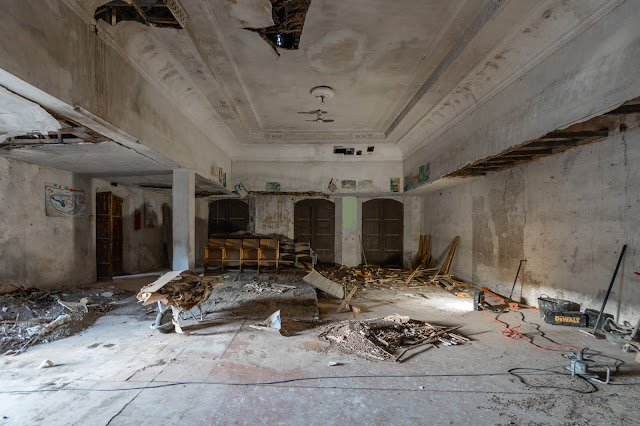 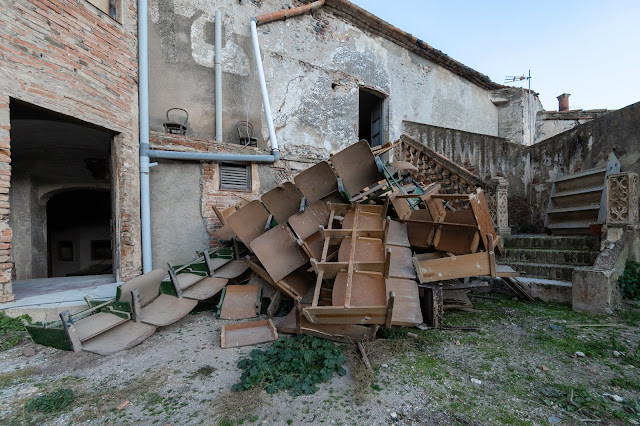 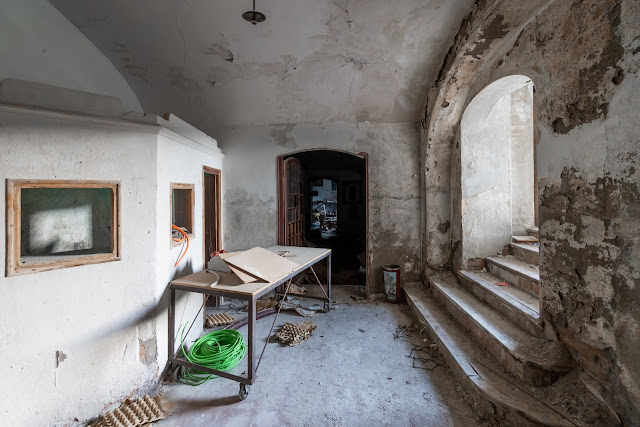 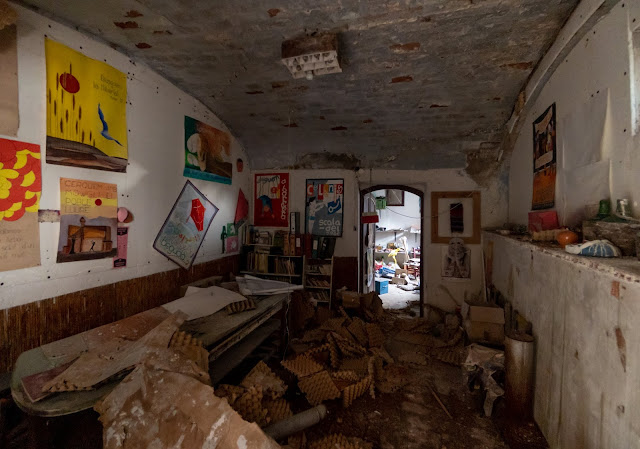 "La Makineta del Temps" is the second part of the same project. In 2013 I started "Olvidados & Abandonados", a space where I was showing all those places that I had the opportunity to visit.
That blog that gave me so much satisfaction and with what I learned so much had to end to give way to a new version, no better or worse but different from what I want to convey.
Most publications have a dummy name to prevent them from being localized and thus expose them. Only those that are in the public domain, those that no longer exist or those that, due to their advanced deterioration are no longer in danger of further damage to the human hand are mentioned with the real name or location.
The locations of the sites that publish in this blog are not provided under any circumstances. I will not reply to any email requesting locations whatever the purpose.
All the photographs shown in this blog are the property of Jaume Cardona Casanova.
The use of any of them for any purpose, for or without profit, without the express written consent of the author, will entail all the actions that are legally contemplated to restore, cease or compensate the robbery.